This is one for the Debunk Files. Mr. WC Jameson has led more than just me on a goose chase with this one, but I will go ahead and save you the time. In his book Colorado Treasure Tales. Mr. Jameson tells the reader that the coins were lost at a place called Grayback Gulch...which exists and IS a place associated with gold, but is nowhere near Fort Garland. 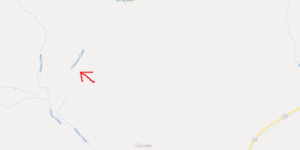 Unfortunately as well, Trinchera Creek itself looks mostly like this these days:

So not only has Mr. Jameson led us all on a chase for a gulch that isn't there, but these coins are either plowed under in someone's hay farm or already in someone's safe. Don't believe everything you read, but you already knew that, right?

If you're into reading though...here's a kick butt Armchair Treasure Hunt for you, and yes it is very real: