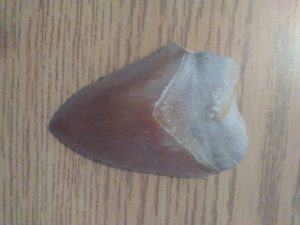 Just like the title says…I felt compelled to remind all of you that this is MY game…which I made for all of you, of course, but as such it is subject to no other authority than mine…as to how it will be played.

I am offering these parameter adjustments in response to several heated inquiries…concerning the release of the third book…which is NOT called “Three Short See Tails”. That’s just a collection of short stories, but will probably still offer a few clues as to who I really am, and thereby where I may have hidden my Pirate Treasure.

I believe I have been very clear and honest about the point of this whole game. It’s a Charity Book Promotion, above all else. A chance to use my humble little skills as a writer and true adventurer…to maybe help someone else. And I need YOUR help to do it.

So what does all this really mean? Well basically, I’m not going to release the third book (Thirteen Fathoms and a Dead Man’s Sweater) until I either gain ‘Traditional Publishing’ support (from one of the many publishers I have tried to get through to), or until I sell at least 50, 000 copies through Amazon. That way I have enough money to actually make a difference, and since I have still sold less than 100 copies, of either book, I would say…we have got a looooooong way to go.

But you can make it all go faster!

I do hereby insist and intend…that whoever does the most promotion for these books…shall by right of Good Karma…end up being the one who finds the treasure!

That’s right! This game is going to work exactly the opposite of how most treasure hunts go. Instead of keeping it to yourself, and being greedy about the treasure, this game requires that you be like me…and give it all away!

I’m sure it’s occurred to at least one of you that I could have just kept the gold and silver and gems for myself…and even found something way better to do with my time than all of this (forging two swords, making a chest, hiding it, making a puzzle code, writing three books….), but I wanted to do something special, and helpful. So now like I said, I need your help!

We are all just gonna have to have a little Faith…and believe that Goodness still prevails. So now it’s in your hands. If you want to be the person or group who finds this treasure, you are probably gonna have to do a bunch of promotion (Facebook, Instagram….), and if any of you out there has any inroads into the Traditional Publishing Industry…well you might just move to the front of the Karmic line.

So go ahead and post some links to my site, and tell every single one of your friends to buy a couple copies too…but most importantly, when you DO buy a book (or if you already did)…then go back to Amazon and leave a REVIEW!!

I’m pretty sure that’s a big reason sales are so slow, and I continue to be surprised at how few people contact me to discuss the whole thing…despite info being right there on my home page. Oh well.

AND since I have been putting more stuff into the chest this whole time (which has been its own type of part-time job. Traveling there, then digging it up and re-burying it), I figured I should update you on all the things you can find…if you are the lucky one(s).

Besides all the gold and silver coins and jewelry, and the two one-of-a-kind antler-handled swords, plus that nice fat emerald, AND some really nice pearls….I have also included all the little metal detector finds listed here on my Blog, and two pieces of high-grade gold ore…WITH a map to where I found it, PLUS the bad-ass Megalodon Tooth you see at the top of the page…which when all added together is probably worth way more than the original stated value…in the intro section of the First Book.

I recently took OUT the thumb drive with all the crypto-currency (search through all my posts and pages if you need more details about EVERYTHING the chest contains) on it, because the company who made it wasn’t doing business anymore.

So there you go! Now you are all up to speed on what’s really going on in the world of Truly Owen Free, and definitely have your work cut out for you…in case we go back into another Pandemic Lockdown (noooooo!!!).